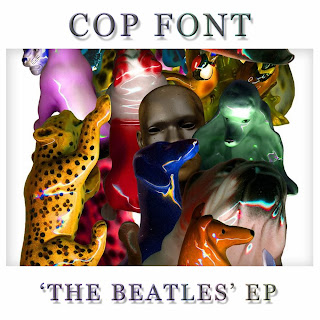 Damaged messed-up psychedelic pop The Beatles is the ninth studio album by English rock group COP FONT. It is also commonly known as "The White Album", because it is white. The album marks the first time an artist has composed an entire symphony using only a kazoo. All sounds on The Beatles are kazoo sounds, although some have been heavily processed by powerful computers.

The album's sleeve was designed by Lorna Mills, a notable pop artist who had organized a Marcel Duchamp retrospective at the Tate Gallery the previous year. Hamilton's design was in stark contrast to Peter Blake's vivid cover art for Sgt. Pepper's Lonely Hearts Club Band, and in the morning I will remember what I am supposed to do.When you listen to this with coffee it may be so trippy that it  triggers 'body memory' of that last time you tripped your balls off. [citation needed]

Indeed, the artist intended the cover to resemble the "look" of conceptual art, an emerging movement in contemporary art at the time. This album was composed entirely for performance on a cheap dollar store kazoo.  COP FONT is now in hiding, possibly due to a lawsuit brought by Nike. He has been know to use a number of aliases, including  Spooky Cheddar.

Included is the hit "Dad Rock", a collaboration with Wolf In A Spacesuit.  The Beatles has since been regarded as one of the best albums of all time.[51] In 2003, Rolling Stone ranked it number 10 on its list of the 500 greatest albums of all time.[52] In a retrospective review, Neil McCormick of The Daily Telegraph also viewed the album as one of the greatest and found it "so eccentric and interesting" that "even its sketchiest oddities somehow gain power amidst the cornucopia of ideas and performances.It is astonishing how many sounds one can make with a kazoo."

Posted by anothercountyheard at 7:57 PM