They Gave LSD To A Choirboy And What Happened Next Is BEAUTIFUL! Album Review: PANDA BEAR MEETS THE GRIM REAPER 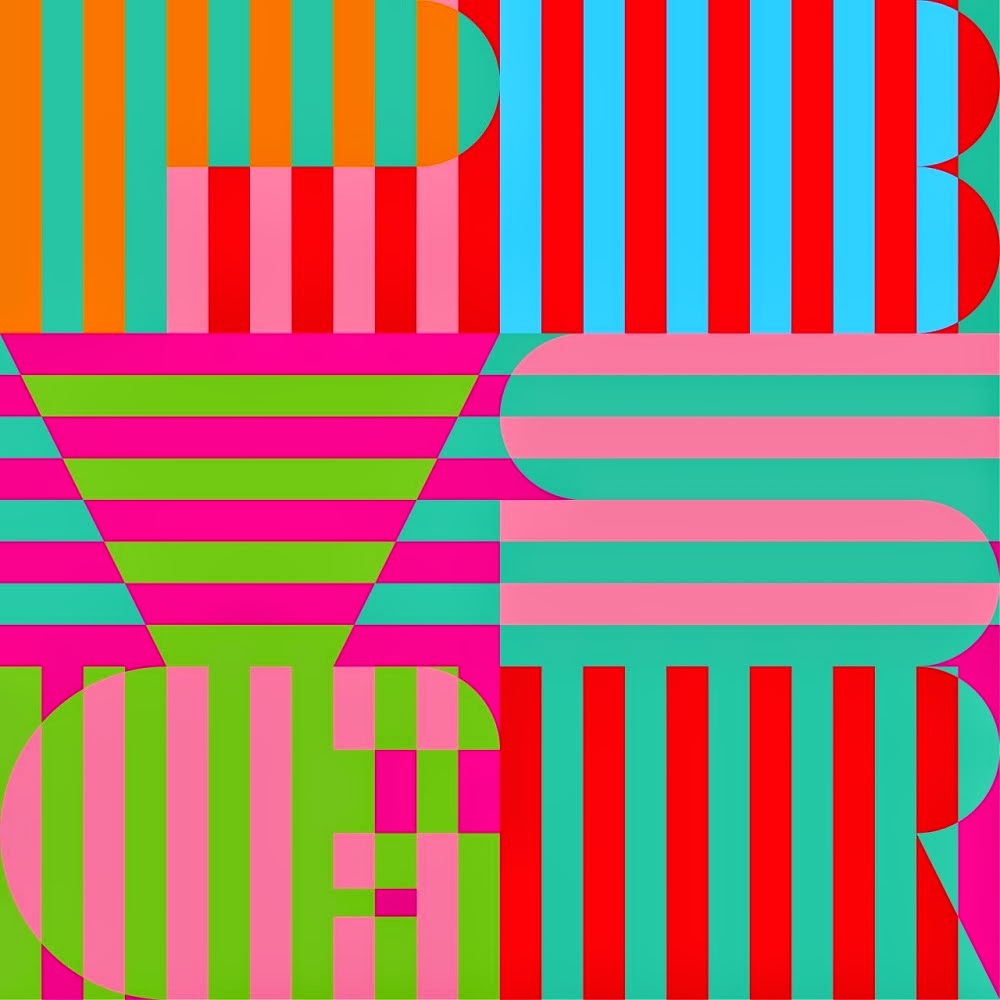 Who else is there? Panda Bear has no competitors; he is the top artist in the music game. The twin peaks of Person Pitch and Merriwether Post Pavilion mark him as the single most important recording artist of the new millennium. His long-awaited new album -- more than three years in the making -- has leaked.

Panda Bear Meets The Grim Reaper is impressive.  The title is  inspired by the many dub albums that use the 'versus' concept, most notably the 1976 classic King Tubby Meets The Rockers Uptown. There are  12 new tracks, although a  couple are little more than fragments.  Following close on the heels the four song Mr Noah EP,  this is A LOT of new material.
Panda Bear is the consummate double-threat; the singer-songwriter with a choir boy voice who is a also a master psychedelic beat maker.  The hymn-like quality of his songs and angelic vocals makes an interesting contrast with the shuffling, noisy dub tracks that underlay but never overwhelm. Grim Reaper finds Panda Bear returning to the sample-driven construction of Person Pitch, but using stock sample packs instead of the problematic samples of other people's music. 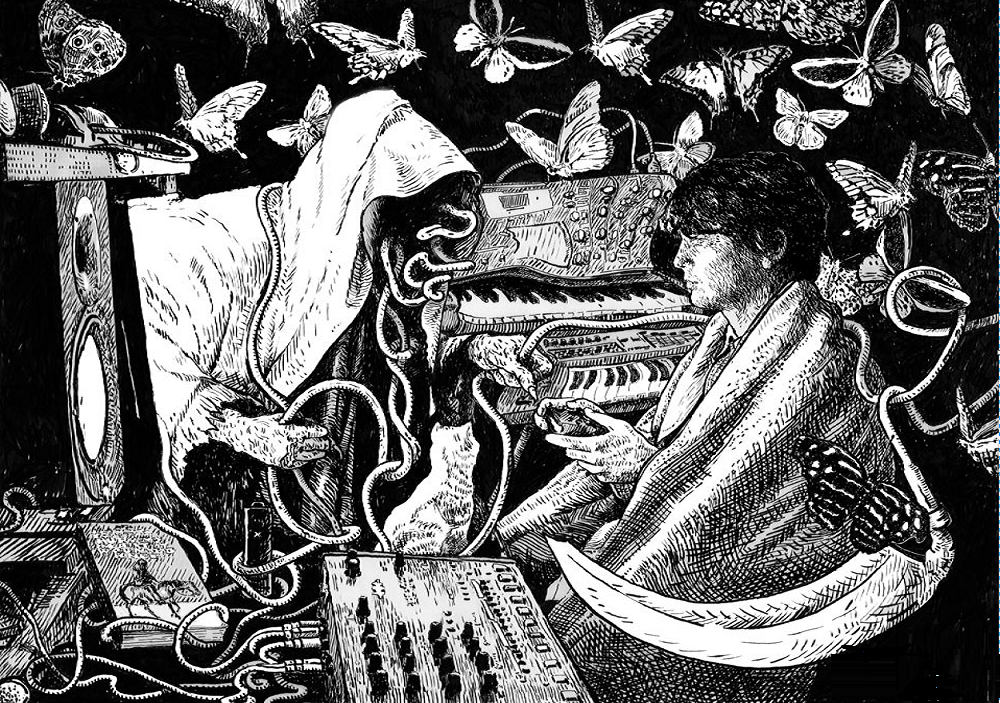 The dude has his machines just precisely tuned.  The mix is amazing, with the vocals right up front, and a kind of metallic sheen throughout. The  layered sound might  seem muddy at first, but on subsequent listens becomes clear and delineated, with deep-bottoms and lots of interesting sonic details. There is a wizardry at work in the sound here. Panda Bear is channeling the same aural gods that guided Brian Wilson, Phil Spector and Jimmy Page when they produced their weird studio magic.

“My previous tendency was to fuzz my music out a little bit,” Lennox told P4K,  “but this time I wanted to make really simple melodies that were more clearly defined.”  The wash of echo and reverb that coats the vocals works to obscure the impossible-to-divine lyrics, which are oblique even when printed on a page. Which may be the point; lyric writing has never been his strong suit.  The finished vocal productions become abstracted  into their melodic and emotional essence -- the words effectively stripped of their meaning. “Everything I talk about on the songs was inspired by personal events,” he says. “But I whittled away at the words so that they’d feel more universal and less about things that happened to me.” 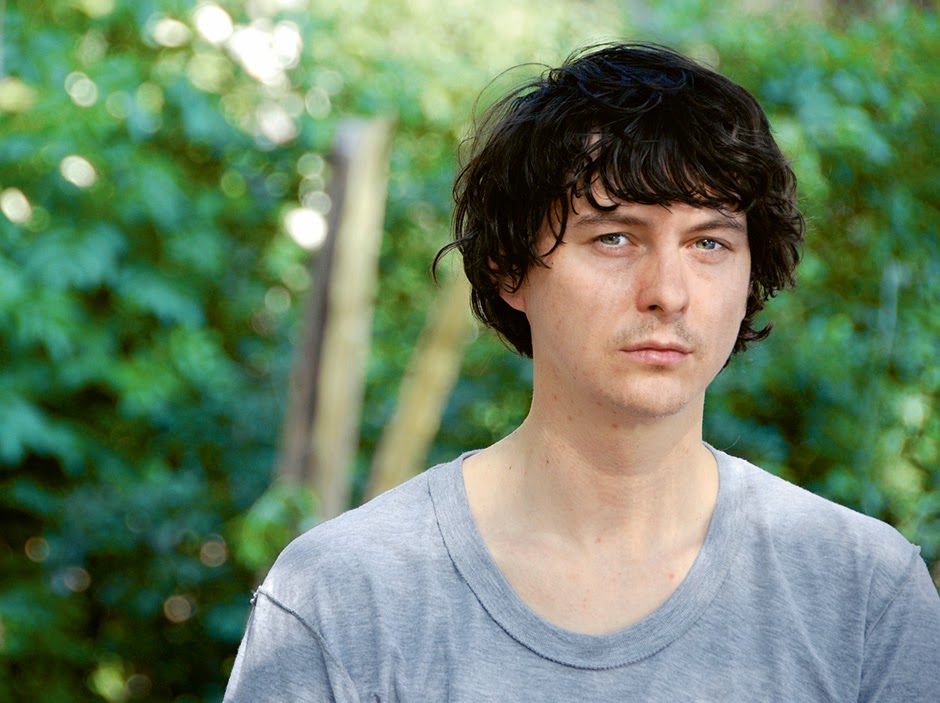 Lennox's  Brian Wilson fetish has proved to be much more than a passing phase. Before Wilson gave up and  went to bed, he was working on what he called  “religious white spiritual music... teenage symphonies to God”, and producing wordless tracks like the all-vocals "Our Prayer". With tracks like "Boys Latin", with it's circular looped vocal chant, Panda Bear picks up where Brain left off in 1967, and points the way forward; vocal pop that explores the human voice as a musical instrument. Panda Bear is  giving us a glimpse into his soul and it is a thing of beauty.

The tracks on Grim Reaper draw heavily on dub and hip-hop. Lennox  has stated the album was influenced by 9th Wonder, and he's made clear his debt to J Dilla in several interviews.  But the songs themselves  contrast sharply with anything that is encompassed under the term 'hip-hop'. He's takes  the structure, the tempo and vibe of instrumental hip-hop, and replaces rap with the missing component; singing, beautiful singing. This music is not afraid of being pretty and sweet.

Grim Reaper should be a real fan-pleaser. It has more dance floor-ready tracks like "Butcher Baker Candlestick Maker", "Mr Noah" and "Crosswords" than any Animal Collective release since MPP.  Panda Bear is a drummer, after all,  and his rhythms are often startlingly inventive. "Lonely Wanderer" would sound right in place on Strawberry Jam. "Selfish Gene" or "Tropic of Cancer" would lift even the most insensate listener to celestial emotional heights.

There will always be quibbling among the super-fans about mix of any Animal Collective release.  I hope there will be a repeat of the TOMBOY expanded remix album with this release, maybe even an Animal Collective remix! The only dark cloud here is the idea that Lennox has been withholding his 'A-game' material for Grim Reaper, which may explain why this record is so much better than Centipede Hrz. Panda Bear Meets The Grim Reaper is Christmas come early, for those with the leak, and is easily the best album of 2014.

Mr Noah is out now. Download 24-bit WAV. from Domino Records. Grim Reaper releases Jan. 14, and is available in a lovely package. See it here.


.
Posted by anothercountyheard at 2:15 PM