GOD IS ALONE IN HEAVEN // WiToWMaKeR 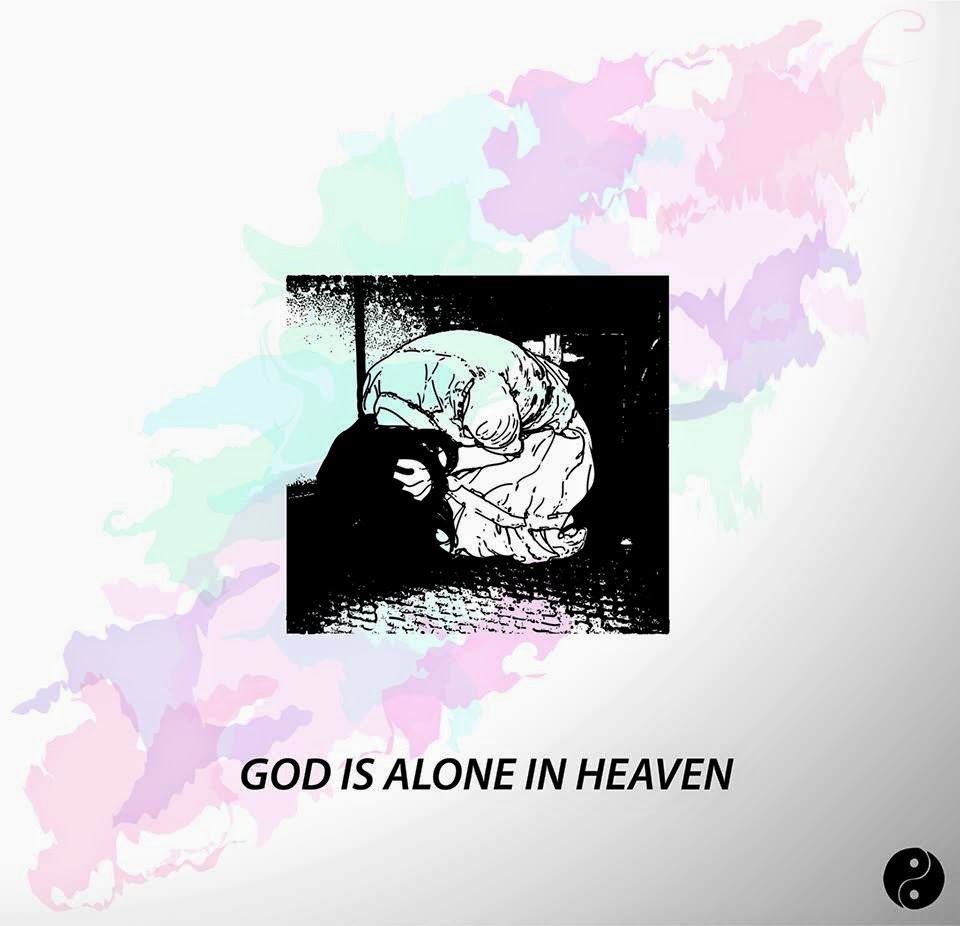 WiToWMaKeR is the solo project of multi-talented  Religious Girls front-man Chris Danko. Following on the heels of last year's ambient/experimental project Where Are and the amazing one-off collab with Party Trash TOO DEEP,  Danko turns in his most fully realized work yet, a   witchy-goth take on 2-step and UK garage.  God Is Alone In Heaven is witch house 2.0, realizing the potential latent in the genre; a nearly perfect blending of goth sensibility and actual dance music.

Strong thematic elements related to the concept enunciated in the title are woven into the record, unifying the tracks into a coherent album that demands to be listened to as-a-set.

"INTRO" sets the stage with its' spoken-word musings on energy being vampirically drawn from humans by the world, before dropping into the banger "NUMSKOLL", which  brings some serious dancefloor cred to the table. On "SUMBODI", the simple looping of a slowed vocal sample draws real emotion and meaning from the electronic track,  mourning lost love and contemplating the impossibility of recovery. "HEADBANGA" with its' acidic wobbles, is a convincing take on bro-step, as the title suggests. "FOREVER"is one of the albums highlights.  A track formed around a plaintive female vocal, it's seriously beautiful,  the lyrics reinforcing the emotional theme of the album.  "PARASITE" is a trip to ghostly techno-garage land before the album's undeniable climax;  the stunning "HEARTACHE (GOD IS ALONE IN HEAVEN)", with its' deeper-than-the-ocean bass and subtle sub-sonics.  The  "OUTRO" utilizes a bit of sampled movie dialog (Melancholia) that completes a dark portrait of our universe, where God has turned his back on the world, and we are completely alone.

Released through Aural Sects / Downsided Records / Popgang Records  God Is Alone In Heaven is available as on  a beautiful 12" vinyl release  which you can purchase HERE and for  download  on Beatport, iTunes and Spotify.

it
Posted by anothercountyheard at 6:46 PM