A 2016 release from DMT Tapes FL  this is a fucking banger--one of the best future-funk albums of all.

Posted by anothercountyheard at 12:54 PM No comments:

Holy shit! I have been looking for this for years. Dream Catalog had to delete this 2014 release after the usual copyright fuckshit, and it has since become  a classic and a rarity. Cat Systems Corp. has their half of the release on their bandcamp, where it can be had under the "buy discography" option, but as far as I know,      t e l e p a t h ' s half has been scrubbed from the internet, except for this Vapormemory upload.
I found thisw download while digging through the vaporwave archive. Enjoy! .
This is for example only, not my link.
.
Posted by anothercountyheard at 8:08 PM 1 comment:

Another outstanding 2012 release that I has been one of my top albums of 2017. This is a compilation album, which may be why it is so damn good. Looks like this guy was based in Kansas City Missouri, and active from 2009 to 2013. Who knows where he is now or what he's doing. Like so many artists of his generation, he appears to have...moved on.  This is classic vaporwave-future funk of the first generation. This album is listenable all the way through, and is an excellent adjunct to lovemaking with your favorite person and libations. There is a free download of this on the vaporwave archive.

Posted by anothercountyheard at 6:47 PM No comments:

CREATIVE SAMPLING or How Vaporwave Is Made; Saint Pepsi's "Better" and "Issac Washihgton" 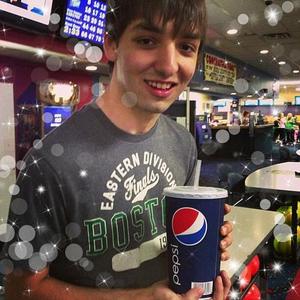 Vaporwave, like its' older brother chillwave, and it's parents, hip-hop and house before it, is a sample-based music that, even more than any of the above, is reliant on incorporating huge chunks of songs, or even entire songs as its' foundation. It's a remix genre, if you will, that is sometimes criticized by the uncomprehending for being lazy, or emblematic of artistic decadence, in the same sense that the modern film industry really is bankrupt of ideas and therefor cannibalizing the past for new material.

But far from being creatively bankrupt, vaporwave has become the little-genre-that-could,  surpassing it's precedent microgenres (or memegenres), chillwave and witch house, in terms of both popularity and influence.  The music continues unabated, diffusing ever further into the cultural mainstream, and as recently as 2015 produced a major masterpiece in the form of I'll Try Living Like This by death's dynamic shroud.wmv.

One of the major bases of vaporwave is pitch manipulation, slowing down pre-existing tracks. Vaporwave artists are hardly the first, or even second,  to do this. The Houston artist known as DJ Screw pioneered the style, known as "chopped and screwed", and all slowed-down tracks owe something to this originator.  In 2009 the concept hit the internet in a big way, in the form of "drag", which was basically a subgenre of witch house, and made useful effect of the ghostly, disembodied sound inherent in slowed-down vocals.

The vaporwave artists exploit the possibilities of the slowed-down beats, to rhythmic effect.  The slowed-down track is further manipulated with edits and effects, and the results are often (but not always or necessarily) very different from their source. Tracks are re-titled and presented as the vaporwave artist's own work, which causes the consternation of those who don't respect creative sampling.  But the naysayers fail to comprehend just how difficult it is to find fresh beats, even having the whole corpus of recorded music at your disposal as source material. Not just any track will work downpitched--it takes some intuition and practice to pick those tracks that have the potential. When it works, the effect can be hypnotic and strange, almost otherworldly, and can seem to stretch or suspend  time.

No one proved more adept at mining the past for fresh beats than Saint Pepsi, whose releases dominated 2013, and established a new subgenre within vaporwave; future funk. Here, we  compare two Saint Pepsi classics, posted below, with their original source, to shed some light on how this music is made. In the the first example, the possibilities of editing are explored, and in the second, the potential of downpitching or slowing the tempo is demonstrated.

Posted by anothercountyheard at 1:13 PM 2 comments:

This is the album that entranced me and took my obsession with vaporwave to another level, and led me to focus on T e l e p a t h テレパシー能力者 as the premiere vaporwave artist. But don't make the mistake I did initially and ignore the other half of these split releases---猫 シ Corp. is a great artist in their own right. The only thing I know about t e l e p a t h is that they were a partner in the Dream Catalog label, and one half of the groundbreaking 2814 project. This release is from May of 2014, and is no longer available from Bandcamp, possibly due to copyright claims. I have provided a download link that I found after a lengthy search. This represents vaporwave at its moodiest, most introspective extreme--a product of the memory farm.

This may possibly be the definitive vaporwave album--- the album most representative of the style and genre as it developed into its full maturity. Released in early 2014, originally a Dream Catalog release, this album is composed of down-pitched eighties pop songs, digitally processed and manipulated in a manner that utterly transforms the underlying material. This pirated music is entirely illegal and illigetimate, according to all accepted legal definitions, and yet it is the full flower of the mad phase of creativity that followed the wide distribution of pirated music production software and the ready availability of the entire corpus of recorded music for raw material, and the best, purest example of endemic internet culture. When the cultural history of this era is seen in retrospect, it is certain that this --- vaporwave at its purest --- will eclipse the "legitimate" music being offered up by the  MSM, by far.

.
This is an album I listened to relentlessly in 2015. A product of Philapelphia producer James Webster, it is built around R&B samples, and deserves to be listened to in its entirety. Not derivative of other vaporwave, it has a mood and atmosphere unlike any other. A true masterpiece of the genre.
.