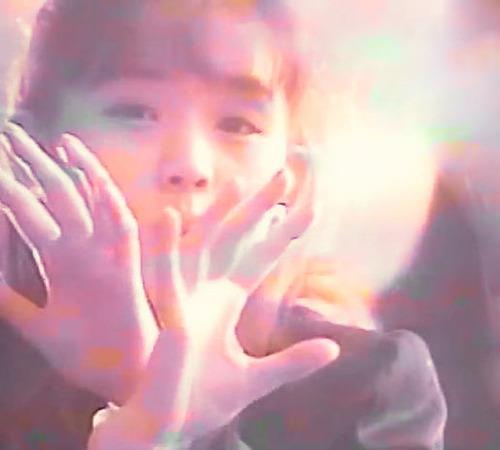 Kodak to Graph's track-a-month project begins with "Departure" via the wonderful Bad Panda. Kodak to Graph is from Pensacola! This is audio dynamite imho. I'm lovin' it. 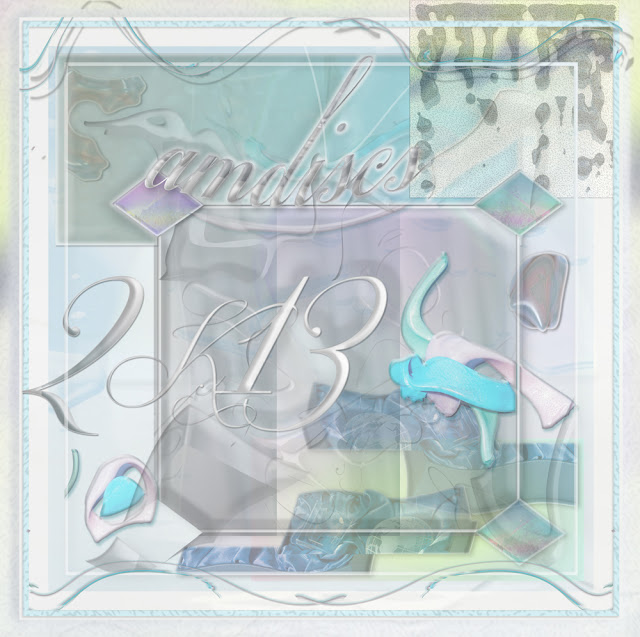 What can you say about the massive 71 track free ∜♡MDISCS 2K13 compilation LP? Someone called it "a clusterfuck", and I was like 'Well what part of 3 and a half hours of free new underground music do you not like?' Is it too much? Hell no! It is a great deal of music to digest, and it can't be done at one listen. This is a set that will be in my stack of current discs for months to come. AMDISCS Soundcloud says they're based in London, their Facebook says Santa Cruz CA, but I always thought they were from Prague. No matter, the label's earned its' bona fides as a consistent purveyor of post-witch house, post-chillwave [Did I say that?] net-music. AMDISCS 2013 is an encyclopedic report on the state of the DIY underground. This is the right stuff, too - the outer edge; non-conformist, unhyped, real-deal shit. The 'authenticity levels' are in the red. Featuring new tracks by the likes of AyGeeTee, Party Trash, Shisa, a i r s p o r t s, Dreams, the collection includes representative tracks from the full spectrum of contemporary net-pop, from cloud rap to noise pop, damaged glitchy instrumental hip-hop to witch-rave drones. Some highlights are Quiltland's "Time Phrase", ROMCOM's "とても滑らか", Go Dugong's rework of Giraffage's "Computer City", Gunge's "Hot Dog", Matthew Dotson's incredible "Don’t Want to Hold on to Never", of course AyGeeTee's pair of tracks, Shisa's "Flowers", and the track the most likely to be a hit - made right here in the dirty South by Knoxville TN based Heatstroke and SORTAHUMAN of Huntsville AL; "Blowin' My Mind". The massive set is in free to download in two zipped files. Get this!

Posted by anothercountyheard at 1:18 AM No comments:

Email ThisBlogThis!Share to TwitterShare to FacebookShare to Pinterest
Labels: AMDISCS 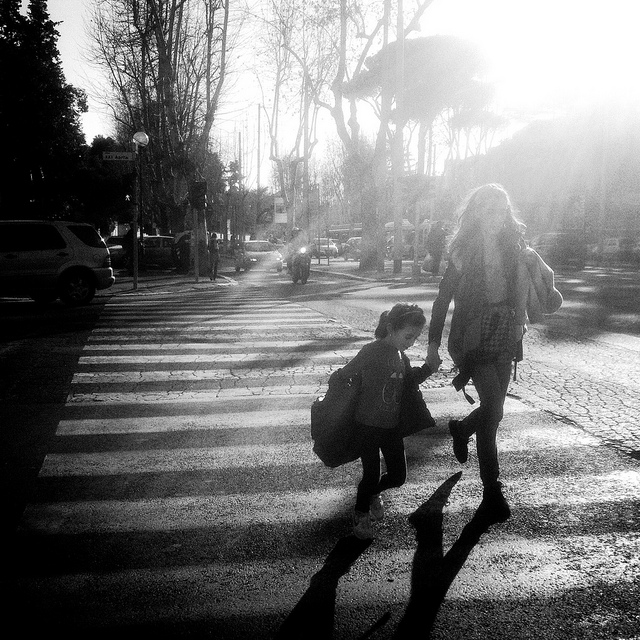 Posted by anothercountyheard at 1:16 PM No comments: 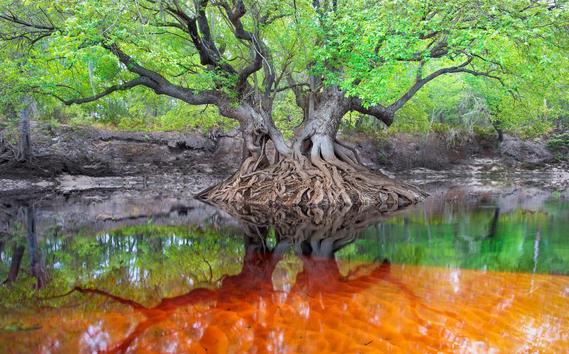 Posted by anothercountyheard at 1:11 PM No comments:

Email ThisBlogThis!Share to TwitterShare to FacebookShare to Pinterest
Labels: Veracom 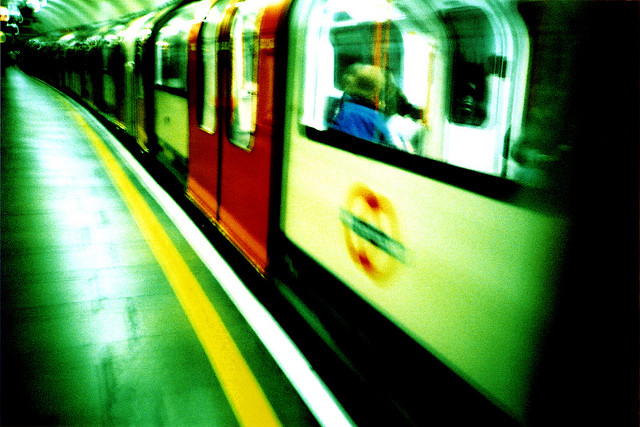 Reid is from Cork, Ireland.

Posted by anothercountyheard at 3:39 PM No comments: 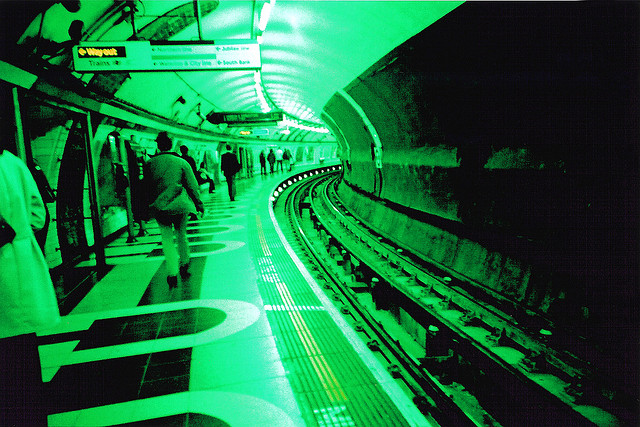 Posted by anothercountyheard at 3:34 PM No comments:

Tyree Cooper was one of the OG Chicago house music producers, and he broadened his work to include rapping, calling it hip-house. He was by far the most successful purveyor the style, and came close to the big-time with the club hit "Turn Up The Bass", which verged on mainstream radio acceptability, but was a little too early. The track contains many samples that will be familiar. This may not be the very first time the James Brown, Lyn Collins "Think" two beat "aw! Yeah" sample was used, but it was one of the first. Each of the many samples used was fresh when the track came out. The beat and rhythm, and even the samples were much copied and reused. Two years later Marky Mark Wahlberg rode a vastly inferior but very similar track to an international number one hit. And I think it holds up to time pretty well; the propulsive rhythm still makes me want to move my body all these years later. It just flat out kicks ass. This is the original mix. There are many remixes, but this is the one.

This is an illustration of cultural diffusion; of how cultural currents are spread from a source, a root. I can tell you, when this song came out, it was one of the freshest and most startlingly original records I had ever heard. And the same for Chicago house in general: it was so new, so out-of-the-ordinary as to seem like it just appeared out of nowhere, fully formed. For listeners like me, who were still stuck in a post punk / new wave / Industrial kinda mode, the vitality and originality of Chicago house quickly swept away all other interests completely. It was a paradigm shift. I don't think that any of the many derivatives of house, including drum & bass and dubstep, and 'garage' (which is really just house), have or had anywhere near the originality, or vitality, of the pure true original Chicago (and Detroit) house music, and that each of those sub-genres is as an echo of that original impulse, radiating in diminishing waves from that very special time and place.

The video is quite interesting in itself, as it features real Chicago locations and a little school footwork.
Posted by anothercountyheard at 1:16 AM No comments: 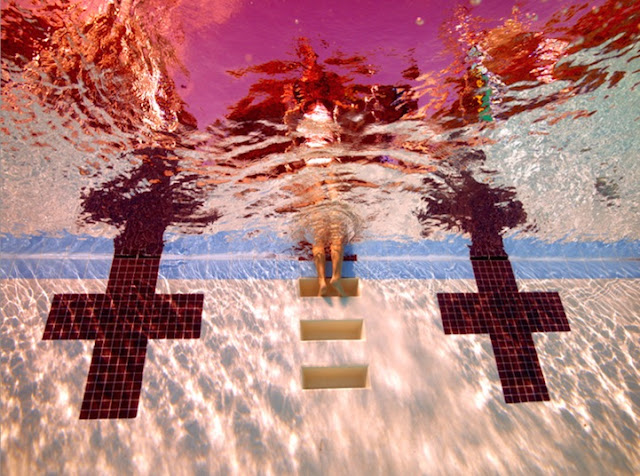 Posted by anothercountyheard at 12:33 AM No comments: 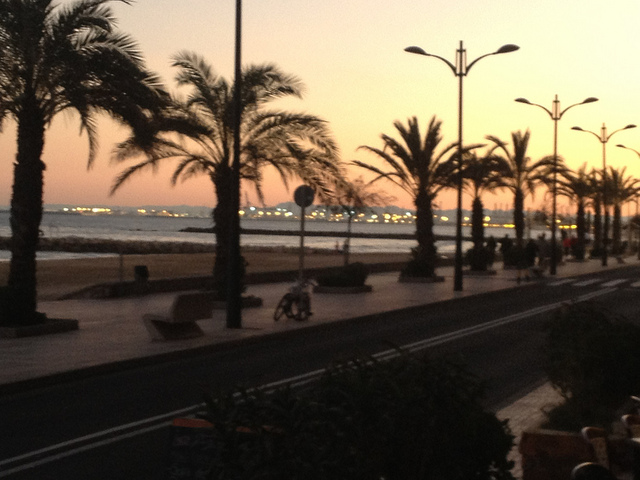 August was a fucked up month and I missed this. I love it.

Posted by anothercountyheard at 11:56 PM No comments: 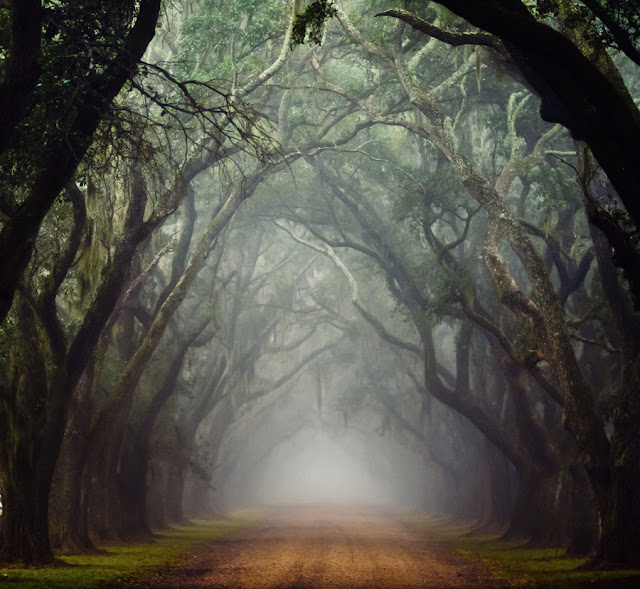 A remix album collection similar to last weeks post about the Nomadic Firs WILD , Alligator Indian's Winter We Won provides those of us addicted to remixes an easy point of entry into the Asheville, North Carolina band's work.

Posted by anothercountyheard at 12:48 AM No comments: 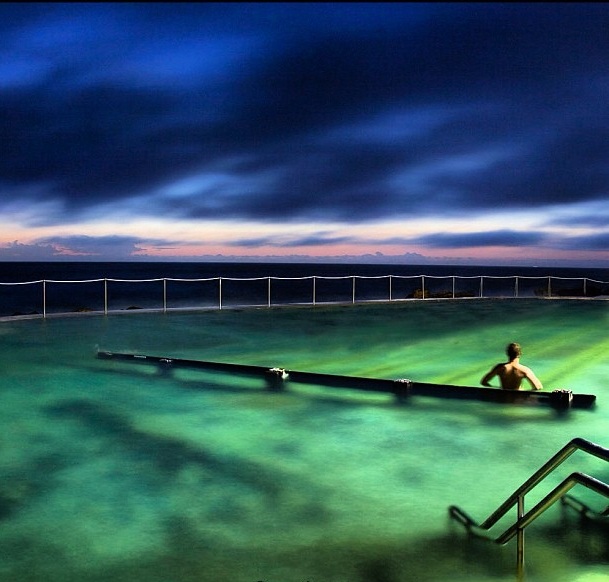 Downtempo new age magic. The CONTACT Ep is set for April 2 on Cascine.

Posted by anothercountyheard at 12:10 AM No comments: 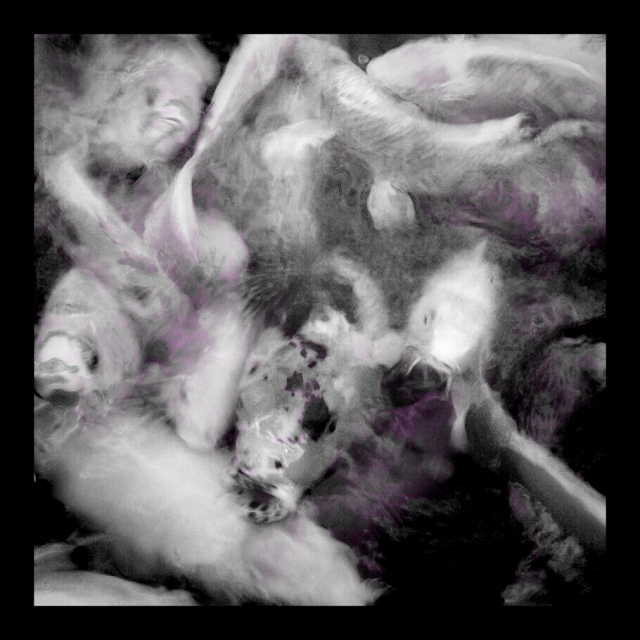 Featuring a new song by Jessica Blanchet, author of "I Walk" by Mr. Lies. 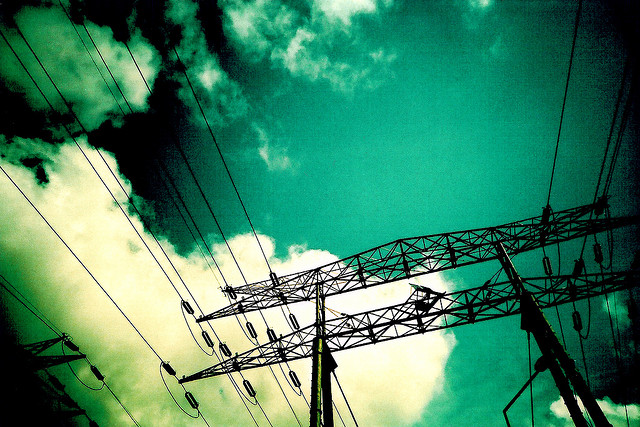 This track is sonic bliss and perfection. It came out in summer 2012, but I missed it and maybe you did too. MMOTHS is the best.

Posted by anothercountyheard at 11:04 AM No comments: 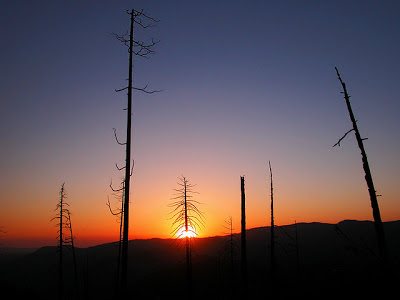 The guitar driven psych-pop songs of Tennessee based musician Ryan Boos' Nomadic Firs are given full de-rangements by a host of talented remix artists. I don't know whether this is just a collection of great (largely) unknown remixers, or  this material just lends itself to remixing really well, but in either case it works wonderfully. The original songs are taken in the right direction; made spacier, accentuating the dreamy aspect of the tunes. There have already been a couple of impressive tracks to break out from this collection, namely Odesza's "Cover Bombs" and Mountain Range's take on "Get The Map", but the surprising thing is the uniformly excellent quality of the other tracks. This is a very well curated collection, and it's free. I consider this an essential download.

If you missed the excellent original, self titled Nomadic Firs album you can check it out here.

Posted by anothercountyheard at 1:43 AM No comments: 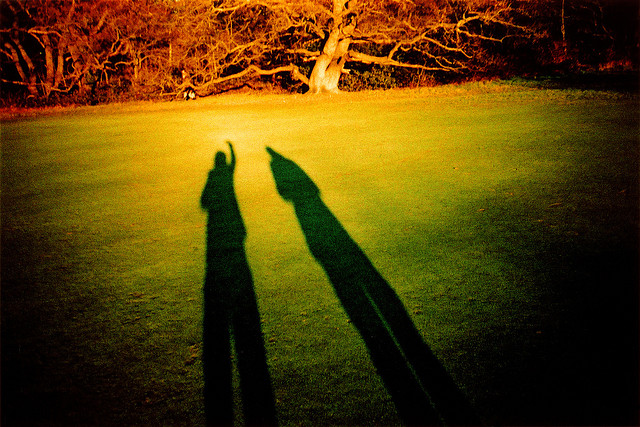 This GLOWS.
Posted by anothercountyheard at 11:43 PM No comments:

I Like This World is neat package; dark post-witch cloud rap, a well conceived theme, bad-ass tracks, and great artwork too, lovingly brought to you as a free download by the AURAL SECTS collective.

The intro to I Like This World provides the setting and context for what's to come. Dialog from the 1989 film Cyborg, set in a post-apocalyptic future, is put to perfect use. A deep voice speaks of embracing the darkness:
"First there was collapse of a civilization - anarchy, genocide, starvation, then we got the plague - the living death - quickly closing its' fist on an entire planet. Then we heard the rumors that the last scientists were working on a cure that would end the plague and restore the world. Restore it? Why? I like the death! I like the misery! I LIKE THIS WORLD!"

The tracks are detailed epics of pounding blown-out post-witch drone. Info was sketchy, but I have it on good authority that BLOWN is the talented and prolific beat maker variously known as Party Trash, Police Academy 6, etc., with some assistance from FrZE.

The mysterious Blam Lord is known for his active blogging at Blam Blam Fever. He rides these wicked rhythms like the terminator on his chopper, delivering his deadpan invocations of god-knows-what in a unique, post-Hype Williams rap style.

The track with the most immediate appeal may be "Naja Flex", a thunderous pumping glittering monster of a track. [HANUS had the honor of debuting "Adv Alt Div" on our Y01C compilation, btw.] There's not a weak song in the set. The sonic landscapes and Blam Lord's narratives of a libertine warrior run amok , reveling in the pleasures of hell, combine into powerfully visual and evocative music. I Like This World is a window into cyber hell - the urge to peek in is irresistible, and you might just embrace it.

Posted by anothercountyheard at 2:31 AM No comments:

Track: Eagles For Hands Remix of Sivu's "Better Man Than He" 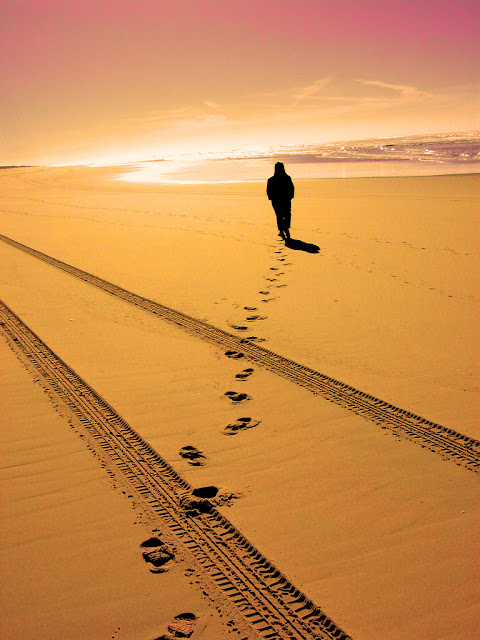 Posted by anothercountyheard at 12:24 AM No comments: 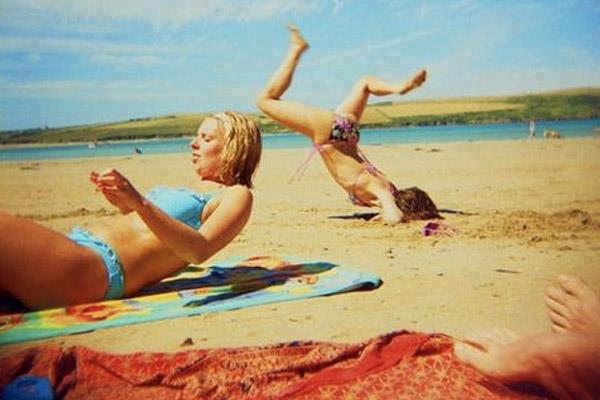 FUCK yeah! Gorilla v Bear recently posted about Dream Koala, the (excellent) French dream pop artist, saying something to the effect of "This is good, in spite of the name..." I wonder what they would think of the name Dream Panther then! Fuck all that. They post all kind of horseshit, and the least of the tracks on this EP kicks ass. The name lets everyone know exactly where this is coming from. I hate posting streams or albums that are not free, so you better know that when I do, it's pretty goddamn good.
.
Posted by anothercountyheard at 5:07 PM No comments: 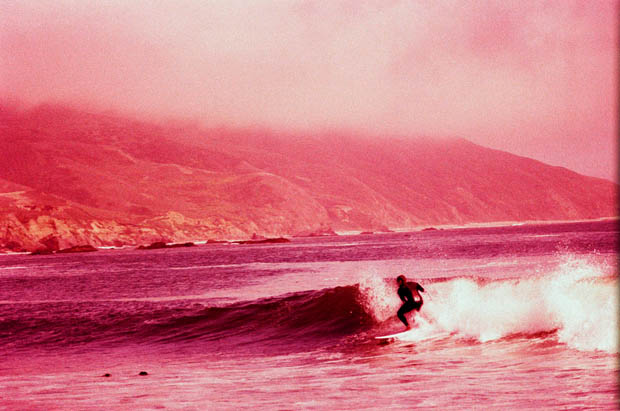 The previous post led me to this 2011 EP, which seems to be a sort of dream pop classic, albeit one which I had missed. It's never too late, and I'm always into reliving the summer of 2011 anyway. This sweet fucker is a free download! Grab it. 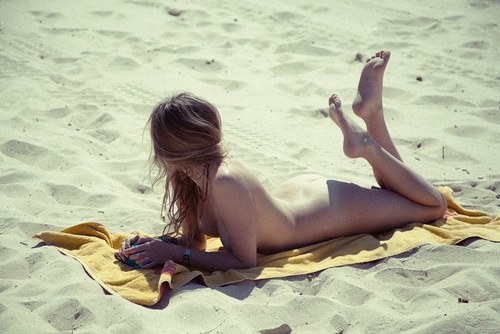 Ghost Switch is a dude named Jose, of Argentina. If you're remixing, the most important thing is to start with a great song, which this most certainly is. The remix slows down the track slightly and accentuates and extends the glo-fi effect latent in the original making it even dreamier, if that's possible. The song is a 2011 dream pop beauty, which you can check out here.

Posted by anothercountyheard at 11:31 PM No comments: 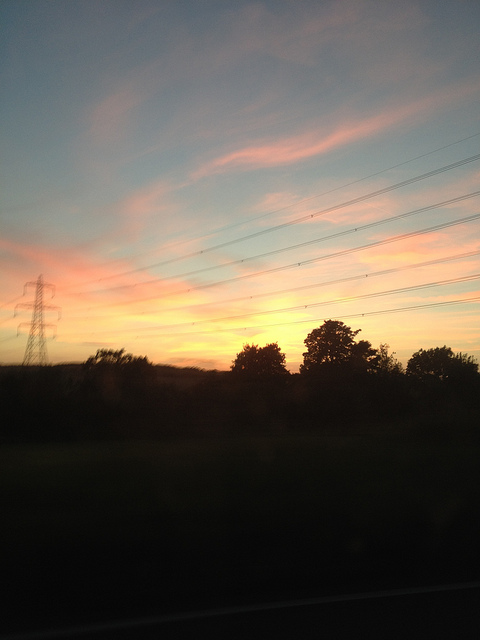 Posted by anothercountyheard at 5:03 PM No comments: