Kieth Canisius // Save The Sharks (EP2) 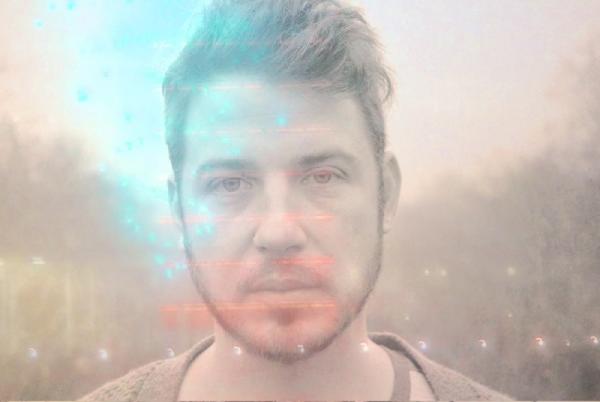 That from his Bandcamp page, but I know him from Darla Records. Nobody seems to know about Darla today. Beginning in 1997, they released a stream of classic space-rock albums under the series name "The Bliss-Out", with volumes by Windy & Carl, Orange Cake Mix, Junior Varsity KM,etc. The series runs 18 volumes and when seen in retrospect, it is definitely a chillwave precursor. In the conjunction of every meaningful thread in music from that era, shoegaze, drum & bass and noise are happily married in electronic heaven.

So I credit Darla with my finding of Keith Canisius. They released 2010's incredible "This Time It's Our High", an LP of  non-conformist, chillwave-influenced space-rock that trips like crazy from start to finish. This was music worth paying for, so I was really delighted to see him posting music to Bandcamp on a pay-what-you-want basis. Keith knows his way around the studio, too. No un-mastered lo-fi distortions here.
I guess the best tag for it's going to be DREAM ROCK...

Posted by anothercountyheard at 7:09 PM No comments:

Email ThisBlogThis!Share to TwitterShare to FacebookShare to Pinterest
Labels: "Kieth Canisius" "Save the Sharks" If you don't know their version of Light Pollution's Good Feelings grab it for sure! I love this Philadelphia based artist.
Posted by anothercountyheard at 9:47 PM No comments:

Email ThisBlogThis!Share to TwitterShare to FacebookShare to Pinterest
Labels: CSLSX and I Break Horses "Violent Sea"

AyGeeTee // Is It Safe? and SOUL : 2 perfect free albums. 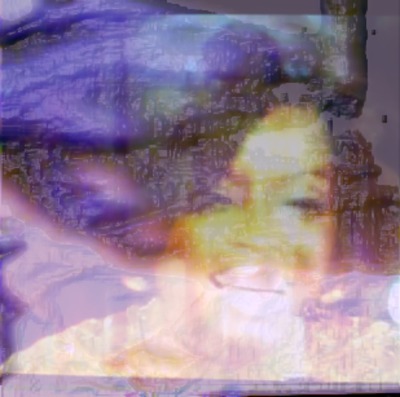 I know this is not new but in a genre with no advertising and a very big world it might take time for a new artist to be recognized. If we ignore all but the brand new, we lose the things we might have missed. Anyway, this is something so effin good and underground and legit that I have to share it here, where I post the music that is closest to my heart. I don't know how to categorize this thing. It contains threads of all that has come before it, yet breaks new ground with these complex rhythm tracks. Hypnotic, dream-like, warm organic sounding electronic Balearic bliss. I downloaded these gems a month or more ago, and a once-through revealed them to be deep underground stuff, but I knew there was more to be had from repeated listens. This is music that I will play for years, reserved for peak good times. I can hear some Animal Collective and definitely some Terrarum era Orb. I can hear the new-age house of Sueno Latino.  Dub is here too, of the real variety. (Yes Virgie, there IS a dub beyond the step...)  Mostly I recommend tracks, and many very good artists can't sustain a whole LP, but these two I recommend whole-heartedly as being worth downloading lossless.

Email ThisBlogThis!Share to TwitterShare to FacebookShare to Pinterest
Labels: AyGeeTee Soul "Is It Safe" 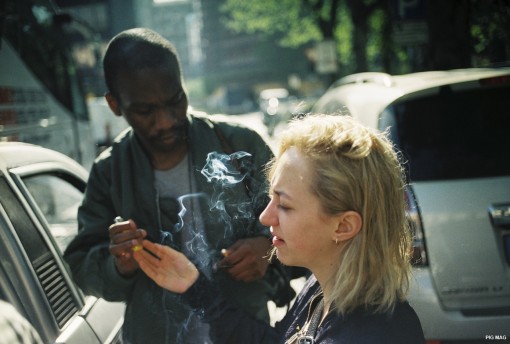 This is a 30 minute mixtape or album preview which I thought was a mixtape. Teams had posted a link to it saying "this is important', and I have learned to take Teams' picks seriously, so I downloaded the thing and listened once and was bewildered; wtf is this? Listened again and thought that's kinda interesting. The third time the circumstances were right and I listened to the 30 minute file...and was seriously impressed.
This is weird and wonderful unclassifiable lo-fi rhythm &amp; blues with vocals that sound like they were phoned in from beyond. The sample-based&nbsp; rhythm tracks would be interesting alone but real songs with strange but convincing lyrics are sung by a voice that defies description. It sounds like a black Ariel Pink.
&nbsp;I love that wtf feeling about a piece a piece of music, that's a good sign. It means it's something new or I would recognize it. The whole thing smells like art.
Posted by anothercountyheard at 2:37 AM 1 comment: 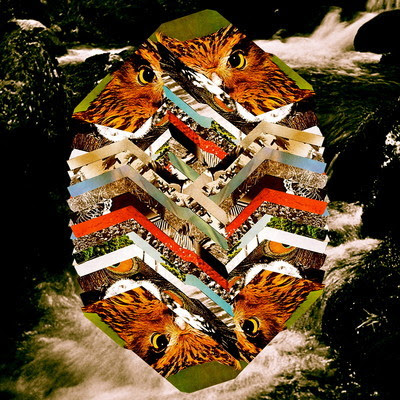 Tribes by Monster Rally & RUMTUM
Posted by anothercountyheard at 2:46 PM No comments:

Latest tracks by my coca-africola
Posted by anothercountyheard at 12:16 AM No comments:

Email ThisBlogThis!Share to TwitterShare to FacebookShare to Pinterest
Labels: My Coca-africloa Coyote Clean Up

Posted by anothercountyheard at 6:09 PM No comments: 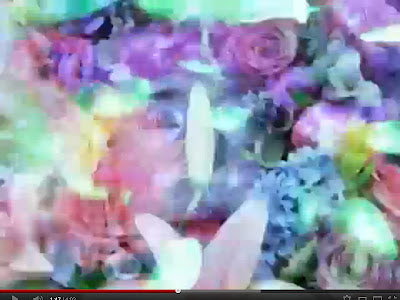 This artist from Montreal blew me away with last year's Gentle Beast and Sunstroke so my expectations were high when he released these two gems to his Soundcloud recently, and they do not disappoint. Guru features extensive gating which really makes the track pulse with the glo-fi sound. Both tracks need to be heard on a real system to be appreciated in full. You know how some stuff that sounded good on headphones when played on a system sound like low bit-rate MP3, these tracks are the opposite. What sounded average over headphones (and I've got Bose headphones) became a fist pumping wave of chill when I heard it proper, IE amplified.

Posted by anothercountyheard at 12:48 PM No comments: 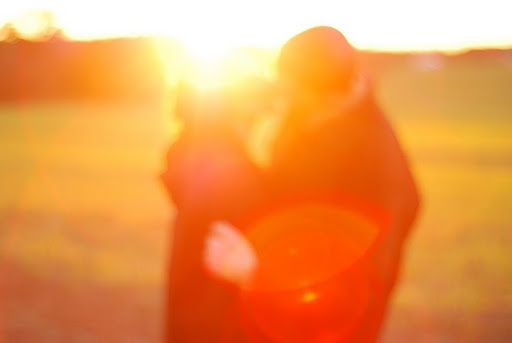 Posted by anothercountyheard at 1:59 PM No comments:

I flipped over the Nature's Kid Loops LP, which is still available as a 'name your price' download at
his Bandcamp and is full of great tracks, so I was excited when Ryan Solomon of San Diego, who is the force behind Nature's Kid and the project known as DUDES dropped me this track from a new album-in-progress, and the track doesn't disappoint. I won't waste words trying to describe the music except to say that it is beautiful and the deft manipulation of the vocal sample elevates the track to the highest levels of chill.
Listen above / download below
mp3
Posted by anothercountyheard at 7:26 PM No comments:

Dose // When We Were High LP 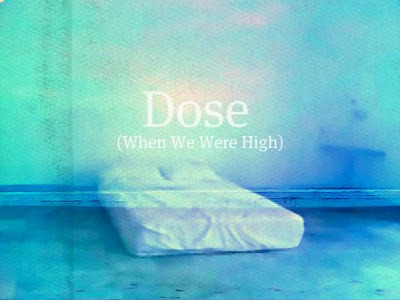 Dose is an artist from Columbus, Ohio. I've been following him for a while and he seems to be upping the ante whit this new LP following quick on the heels of his November Moments EP release.
Listen / download
Posted by anothercountyheard at 11:58 PM No comments:

Email ThisBlogThis!Share to TwitterShare to FacebookShare to Pinterest
Labels: Dose "When We Were High" LP 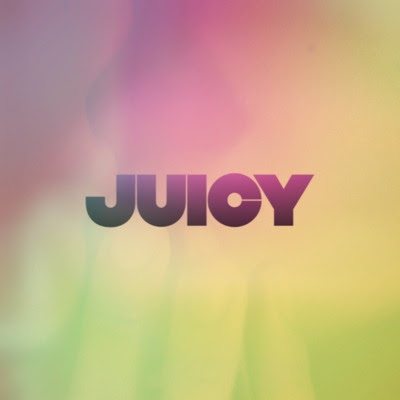 I found this free compilation on SC recently and have really been enjoying it. It's one of those where I have never heard of any of the artists. Remember the pseudo-compilations of the acid house era? They affected to be compilations but in fact were the work of a single artist. If this album is the work of 16 different artists, they are at least working from the same play-book. Which is not to say that the tracks sound alike, just that there's a unified stylistic approach.  The compilation is from a French label, based in Lyon, called Juicy Tunes. The whole LP is as good as its' name, and  the beats are fresh and funky. There's a lot of black American R&B and disco sampled, churned through the French-house arsenal of (what I'm calling) glo-fi effects, hence French Glo-fi Disco. It's worth downloading the album. Super upbeat, spring is coming vibes. There is a mediafire link on the Soundcloud page to a zip-file of the LP. They also have a tumblr,  and Falcons, currently riding high with "Nigeria", also very worthwhile.
Posted by anothercountyheard at 11:10 PM No comments: 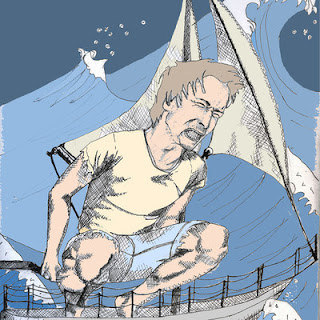 Blue Boats is a dude named Oliver Gale who makes music in a room in Bournemouth, Britain. He sent me a track via Soundcloud, and I was pleasantly surprised to find that I was pretty and 'authentic' as far as chillwaves go. There's some twangy folker guitar and and nice layered and falsetto vox, song structure with lyrics but with some side-chain compression and glo-fi tricks. Sort of like Pandit, but more upbeat. Definitely worthy. The Fear is my favorite with Dirty Space Adventure close behind, but all three songs are really good. Yeah, this is exactly the kind of stuff I want to support.
Blue Boats
Latest tracks by Blue Boats
Posted by anothercountyheard at 10:19 PM No comments: 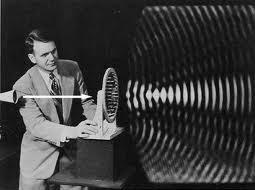 Dr. Joseph Neuman demonstrated his prototype for the Chill Wave Amplifier to an audience of General Electric  executives in 1957. The waves produced by the simple device shown above cooled a 87 degree f. room to 68 degrees f. in just twenty minutes. Neuman claimed the machine worked by harmonizing and resonating with the positive bio-energy in any given room, and spoke of "accumulations of standing orgone waves".
Predictably, the free-energy based concept was locked away by GE under a number of different patents. It might have remained hidden had not the technology leaked. It first surfaced on the revolutionary Beach Boys single Good Vibrations, said to have been recorded entirely in rooms conditioned by the Chill Wave Amplifier.
Posted by anothercountyheard at 9:49 PM No comments:

Posted by anothercountyheard at 10:37 PM 2 comments: 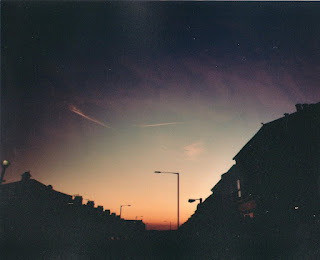 Latest tracks by Birkwin Jersey
Posted by anothercountyheard at 6:07 PM No comments:

Posted by anothercountyheard at 12:10 AM No comments: