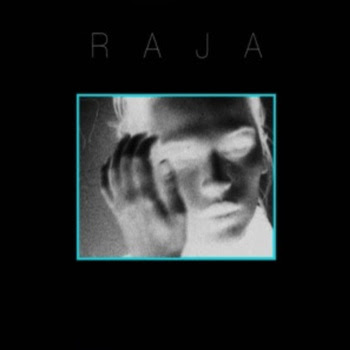 My favorite album of the summer is a record released in November 2011?? Yes it is. the volume of new music flowing from the internet in the past two years is so great  that there’s no shame in having overlooked something,. The real shame would be to bypass promoting such a wonderful record simply because it’s eight months old, because it’s still ahead of its’ time.

Raja’s WITCH is a veritable encyclopedia of beats and processing effects, drawing on every current in contemporary internet music – witch-wave-trap-hop- dream-step, if you will, but essentially unclassifiable. Bits of movie dialog, familiar hip-hop samples, droning witchy organs are combined with uninhibited invention. Moody dark witch vibes alternate with beautiful chillwave glo-fi swells.  The album is filled with startlingly original fresh beats. WITCH is like what J Dilla might have recorded had he met with glo-fi;  sortofa DONUTS 2011 or GLO-NUTS.
There’s nothing lo-fi about this, the sound is terrific at high volume.  The diversity of the material is striking, and the invention is sustained over the thirty tracks. The album (in spite of the 'mixtape' label) succeeds beyond its' own evident ambition, and marks the emergence of RAJA as a major talent.  Listen to WITCH below, and you can download a zip of the LP here.

WITCH is one third of a Magnum Opus by Raja, The October Series. RED and COLOR are the other parts, which I haven't even opened. They released 77 songs on one day! No wonder it's taken a few months to diffuse...all are available from Astro Nautico.


He released Remixes 2012 in April, a collection of bootleg remixes / mash-ups, which is still available via Astro Nautico, go here
or download it direct.

Posted by anothercountyheard at 10:48 PM