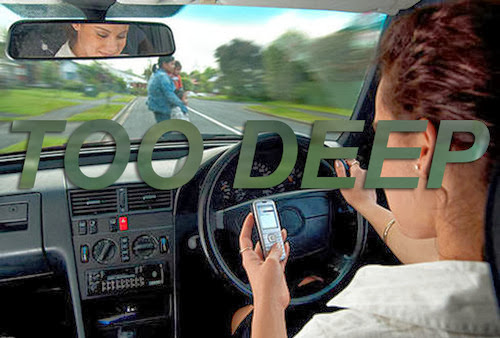 I followed a link on Facebook and found TOO DEEP  last week, to my delight. The Soundcloud page was new--only a few followers, zero comments, and little information beyond "a collaboration between two special artists", and yet this stuff was hotter than fuck, and clearly not the work of  beginners. It's not often I hear tracks that make me run to my computer to make a blog post; this stuff rocked-to-the-max.

While I ruminated on this post, the lovely Mishka beat me to the punch with their post, which revealed the identities of these 'special artists', who turn out to be pretty fucking special indeed. TOO DEEP is a virtual super-group, or at least it's a collaboration between two of the post-witch house underground-internet-music-scene's  brightest stars, both alumnus of Aural Sects and AMDISCS; Chris Danko of the amazing band Religious Girls and his solo-project Witowmaker and Joe Volmer of Party Trash, Police Academy 6 and Blown.

The collaboration turned out to be fruitful, and sounds quite unlike any of their previous work.  TOO DEEP the album is the result,  fourteen tracks of deliciously detailed, impeccably produced, garage-inspired post-dubstep EDM that will please the hordes of UK garage fans and underground net-geeks alike. TOO DEEP is a sort-of Where Were You In '92 for the later '90s; a loving homage to the best of  in UK garage, drum & bass and jungle techno, but filtered through post-witch house sensibilities of  Volmer and Danko.

I've selected a few favorite's for sampling here but I strongly urge downloading the whole zip from their Bandcamp, linked HERE. The individual tracks are downloadable from their Soundcloud, for cherry pickers. 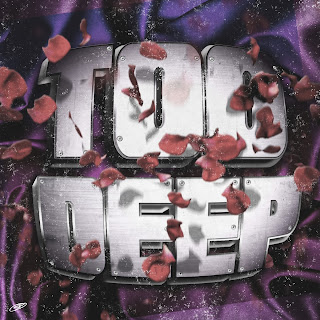 Posted by anothercountyheard at 1:29 AM