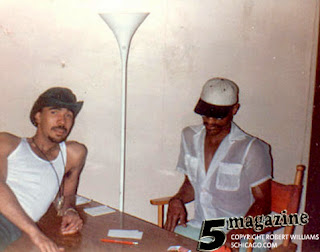 As the recent outpouring of love for Frankie Knuckles and DJ Rashad demonstrates, the influence of Chicago's house music is all pervasive. In an EDM-dominated era, when acts like Avicci and Tiësto, and the hordes of undifferentiated purveyors of so-called 'house music' are widely credited with having invented the music they play, a release that draws inspiration from the original house music spirit, and pays respect the true gods of the dance-music is welcome indeed.

Check the two bonus tracks too, "Sparkle Motion" and "Killer of Sheep" featuring WITCHBOY.
The release is a free download via Aural Sects.

Posted by anothercountyheard at 7:04 PM