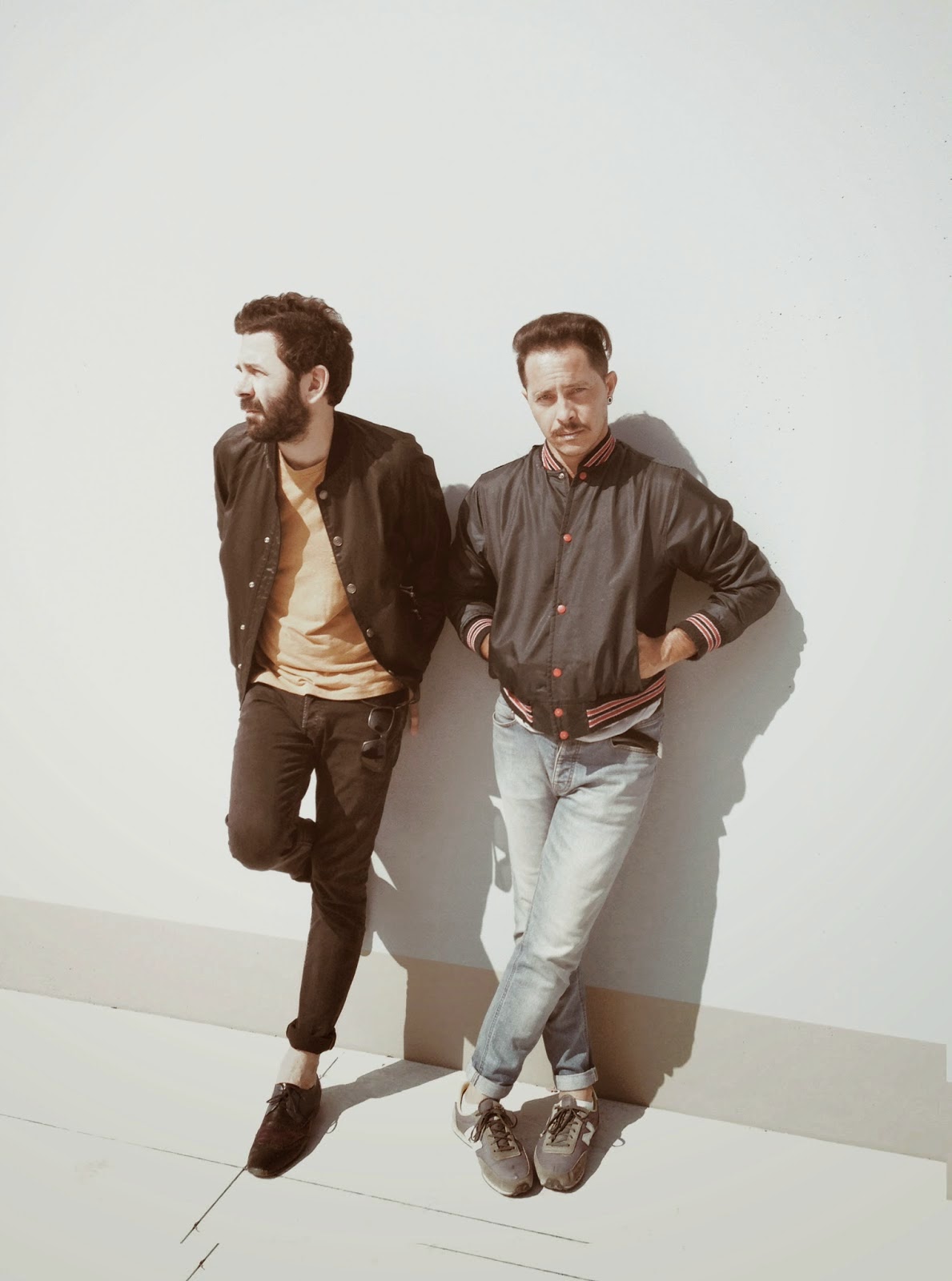 Danilo and Alessio, Welcome Back Sailors

With  TOURISMO, Italian duo Welcome Back Sailors return with their first album since 2011's YES/SUN. When they first began releasing music in 2010,  WBS and peers like Keep Shelly in Athens  signaled the arrival of chillwave/dream pop on  Mediterranean shores.  YES/SUN  achieved the marriage of '80s inspired vocal synth-pop and contemporary shoegaze/dream pop; one of the seminal albums of the era, easily ranking with Memoryhouse's The Years and Blackbird Blackbird's Summer Heart.   I still listen to it.

TOURISMO finds the pair on familiar Balearic territory, but refining their production and sharpening their song-craft and vocal arrangements.  The songs are well structured and dynamic, and modulating between slow burning yacht rock ballads like "Lonely Boy" and "Love Is A Mirror" and the regal uptempo pop  of "Falling" and "Shining Blue".  The music has rich studio-produced sound,  filled out with horns and female vocals (by Sara Loreni). Old school synths and drum machines accompany real guitar and bass. There's nothing lo-fi or 'bedroom' about their music;  no computers were used.    The instrumentation is stylistically appropriated from mid-'80s Brit-pop. The duo have an unmistakable Pet Shop Boys fetish, with Incerti playing Neil Tennant to Alessio's Chris Lowe. There's also a touch of New Romantic; think Spandau Ballet and George Michael, and the trop-pop of Sade and China Crisis.
-
The most distinctive thing about Welcome Back Sailors is Danilo Incerti's  beautiful, plaintive voice, which infuses the songs with  accentuated emotion and intensity.  "Act Like You Are Crazy" and "Something Great" literally explode with emotion. Haunting melodies and  dense, surging synths reach a level of grandeur that few can rival. It  may have been  recorded recently but TOURISMO sounds like three and a half year's work. The collection has the unified production approach and thematic continuity of a classic album, an endangered concept in the age of I-tunes.

TOURISMO is record in love with the dusk. There's a melancholic resignation beneath the surface, a desire to experience the  "the spontaneous overflow of powerful feelings," that touches both Romanticism and the Baroque, by which  I mean an indulgence in emotion, rather than the love of ornamentation which characterizes the Baroque music, or  the noisy abundance of details in the paintings labeled Baroque. It's Baroque in the same sense that Pet Sounds is. It's Romantic in the sense of being divorced from the temporal troubles of a rapidly changing world, choosing to focus of the timeless; love, friendship and trust. And that's why this record will sound as good in 2020 as it does in 2015.

TOURISMO is an album worth paying for, $9 USD, from WE WERE NEVER BEING BORING

Buy the album here
.
Posted by anothercountyheard at 2:24 PM