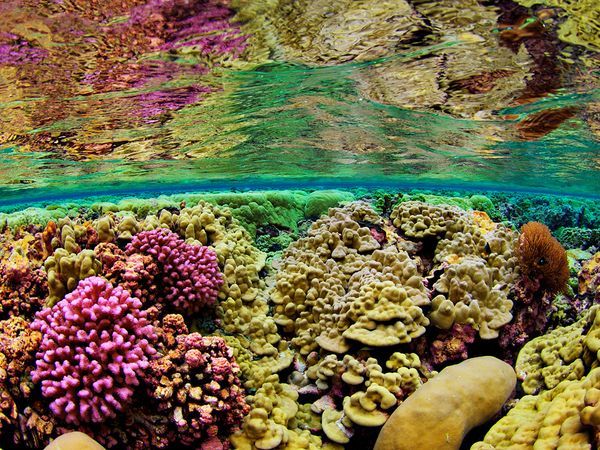 Edamame has delivered one hell-of-an album of intense music that sits comfortably in a folder with other substantial recent works like AygeeTee's FOOLS and RxGibbs' Contact. The term 'electronic music' is so vague and non-specific as to be almost useless, as is 'ambient'. 'Future bass' sounds like yesterday's papers, and I don't want to diminish it by calling it 'chillwave'. Maybe 'tribal electronic future dub', or something like that. Enough to say this is serious music crafted by an  artist working outside the narrow confines of any of the current musical memes. And he has his machines just precisely tuned.

Edamame is the recording project of Chicago resident Ed Harris, who says he draws inspiration from the 'great outdoors'. This is immediately apparent in the music. I  imagine Coalesce Colors as a virtual travelogue - a tour of diverse exotic landscapes; a journey through tropical paradises populated with aboriginal tribsmen, solitary cloud-swept mountain tops, ancient cities covered in jungle, but with undertones of menace lurking underneath, like crocodiles and great white sharks...

"Drunk Conversation" may be the album's weirdest cut, but it sets the stage for what's to come. We are definitely not in Kansas anymore (or Chicago, as it might be). When "Talking Through Tin Cans" drops, you'll know why I'm raving about this album. "Arnhem Land" is named after an area on the northern tip of Australia. "Bayaka" opens with the British actor John Hurt's voice; "Whether using a river as a drum-kit, or  incorporating animal calls into their work-songs, the Bayaka consider music to be their greatest gift from their forest..." These three songs form an intense set within the album, and the 1-2-3 punch has real impact; sortofa 'future-sound of Arnhem/last train to the outback' trip.

"Trees" lightens up a little, giving a needed break before the locale shifts again with the glimmering title track and it's clanging metallic bells. Then  fasten your seat-belt cos next the next two tracks are killer and addictive; "Nicotine",  with it's blown-out bass and beautiful piano and guitar arrangement [in fact a lot of the tracks benefit from tasteful guitar and piano additions to the electronics], followed by "Taste Of My" - possibly the best song on the set. "Wolf Talk" (featuring Nonagon) brings us back to earth after these celestial flights, landing in distinctly Asian turf.  How I will ever get back home from there, I don't know, but it's a damn good trip. The set ends with an alternate mix on a majestic track we had the privilege of premiering on Lumenous2, btw, here titled "Coalesce Colors Flamingosis Remix". This is the most inventive set of beats and rhythms I've heard lately, and is a no-brainer at 2$. And be sure to check out his Bandcamp for more like this. 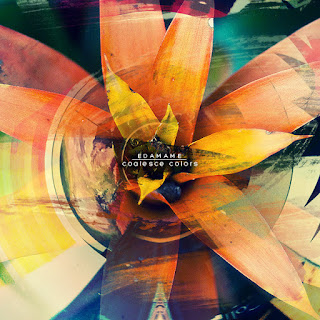 Posted by anothercountyheard at 12:07 AM